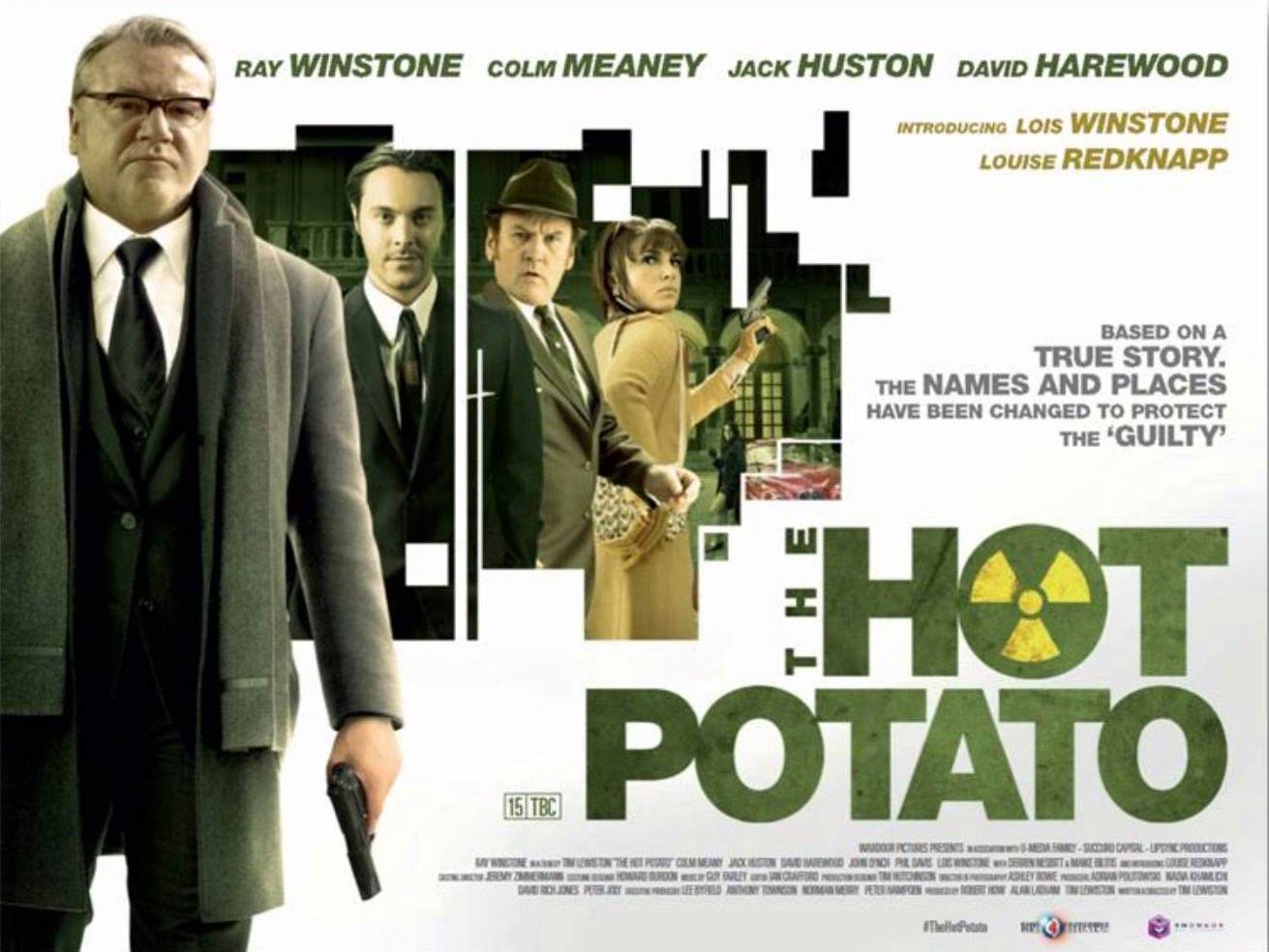 London in the East End, year 1969, based on a true even. One evening, a government research establishment explodes; an event that eventually leads to our heroes, Kenny (Ray Winstone) and Danny (Jack Huston), being in possession of a large lump of Uranium, THE HOT POTATO, plunging them into the threat of possible radioactive contamination! Withfew options available, Kenny and Danny decide to investigate the value of the ‘potato’ and, to their surprise, find that there is seemingly no end of people willing to pay a high price for it. With this knowledge, Kenny and Danny – ably assisted by Danny’s girlfriend, the beautiful and surprising Carole (Lois Winstone) and shadowed at every turn by the unshakable Harry Fisher (Colm Meaney), right-hand-man of local criminal big-shots – launch themselves on an increasingly dangerous and comedic adventure, in which they meet a diverse cast of colourful characters, all desperate to buy. As offer and counter-offer give way to double and triple cross, the story twists and turns on the way to the exciting and unexpected finale.