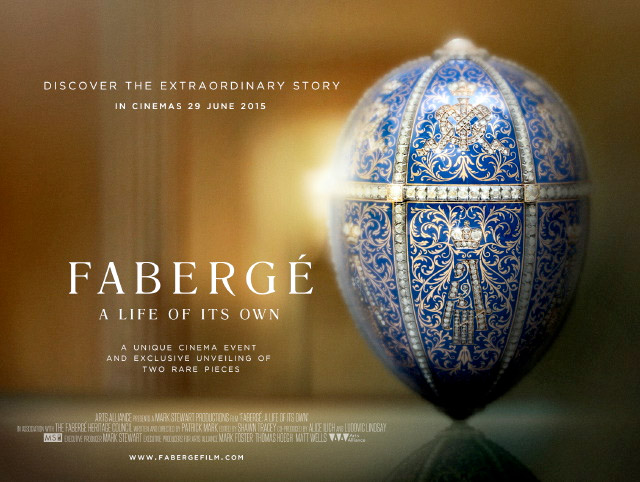 This feature-doc tells the epic story of the Faberge name, from Imperial Russia until the present-day, spanning one hundred and fifty years of turbulent history, romance, artistic development and commercial exploitation. From the bejewel led Easter eggs of the Romanov Tsarinas to the 1970s allure of ‘Brut by Faberge’ aftershave, and from the Russian revolution to today’s high-fashion glitz in New York and London, the film explores a multi-faceted world that began with one man: the prodigiously talented Peter Carl Faberge, Court Jeweler of St Petersburg. Shot at locations across Russia, Europe and USA (including the collection of Her Majesty Queen Elizabeth II), the film features interview contributions from the world’s foremost Faberge authorities, as well as personal reminiscences from Faberge family members.