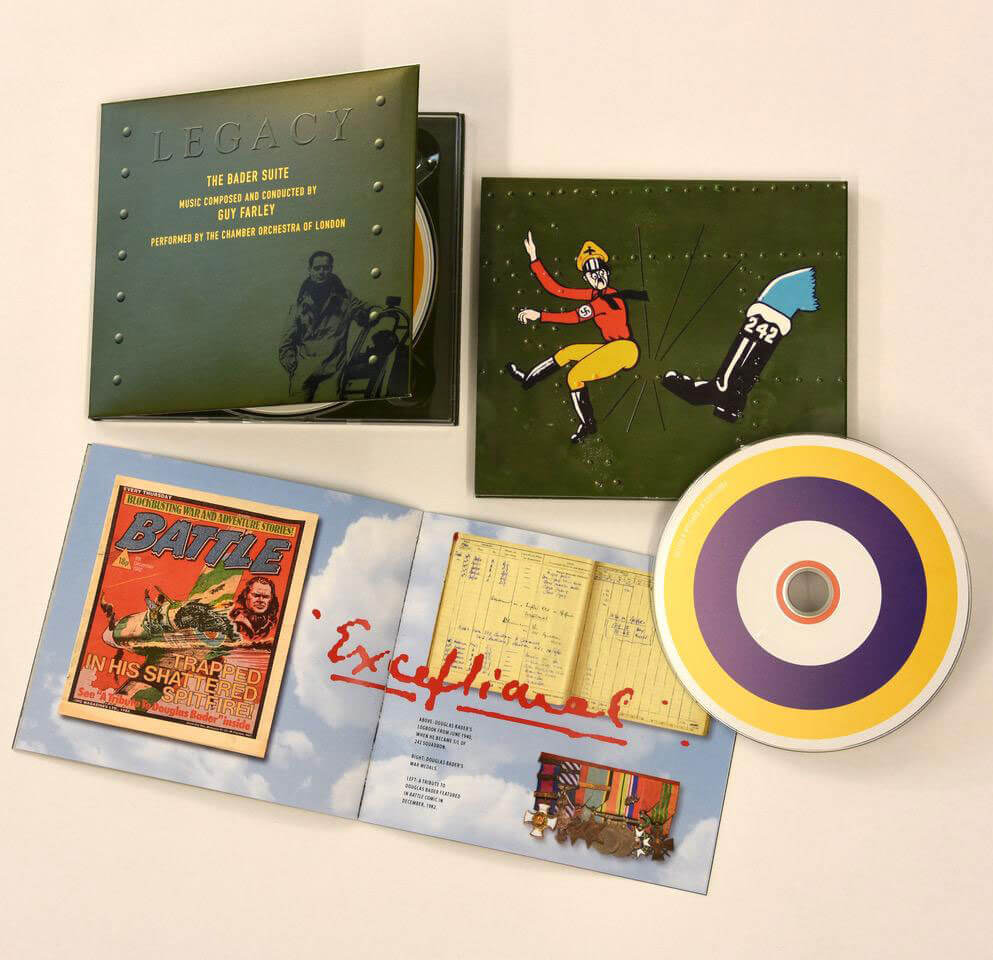 Music Inspired By The Life Of Sir Douglas Bader and Used To Accompany The Performances Of Bader’s Bus Company – The First Disabled Air Display Team. Composed By Guy Farley, Recorded By The London Chamber Orchestra in Abbey Road.

‘Legacy’ – A suite of music which has been inspired by the extraordinary life of Second World War spitfire ace and double amputee ‘Sir Douglas Bader’ will be released on the 30th of October 2019. The date marks the anniversary of the RAF victory of the ‘Battle Of Britain’.

The music was created both to commemorate the life of Sir Douglas Bader who became a national hero following Kenneth Moore’s portrayal of him in the classic war movie ‘Reach For The Sky’ and also to accompany the inspiring air display performances of Bader’s Bus Company – The first disabled air display team that was created in his memory.

Profits from the sale of this unique and collectable EP will go towards the Douglas Bader Foundation, established in 1982 by Bader’s family and friends. The charity exists to advance and promote the mental and spiritual welfare of persons who are without one or more limbs or otherwise physically disabled.

Classic FM are playing the suite on 30th October and Katie Derham is interviewing Guy for BBC Radio 3 on Thursday 31st.